“I believe in the Atlanta City Sales Club, in the goods I am selling, in the firm I am working with, and in my ability to get results. I believe that honest goods can be sold to honest people by honest methods. I believe in working, not waiting; in laughing, not weeping; in boosting, not knocking; and in the pleasure of selling goods. I believe that you get what you go after; that one order today is worth two orders tomorrow and that you are not down and out unless you have lost faith in yourself. I believe in today, and the work I am doing; in tomorrow, and the work I hope to do; and in the sure reward which the future holds. I believe in courtesy, in kindness, in generosity, in good cheer, in friendship and honest competition. I believe the best way to help myself is by helping the other person first.” 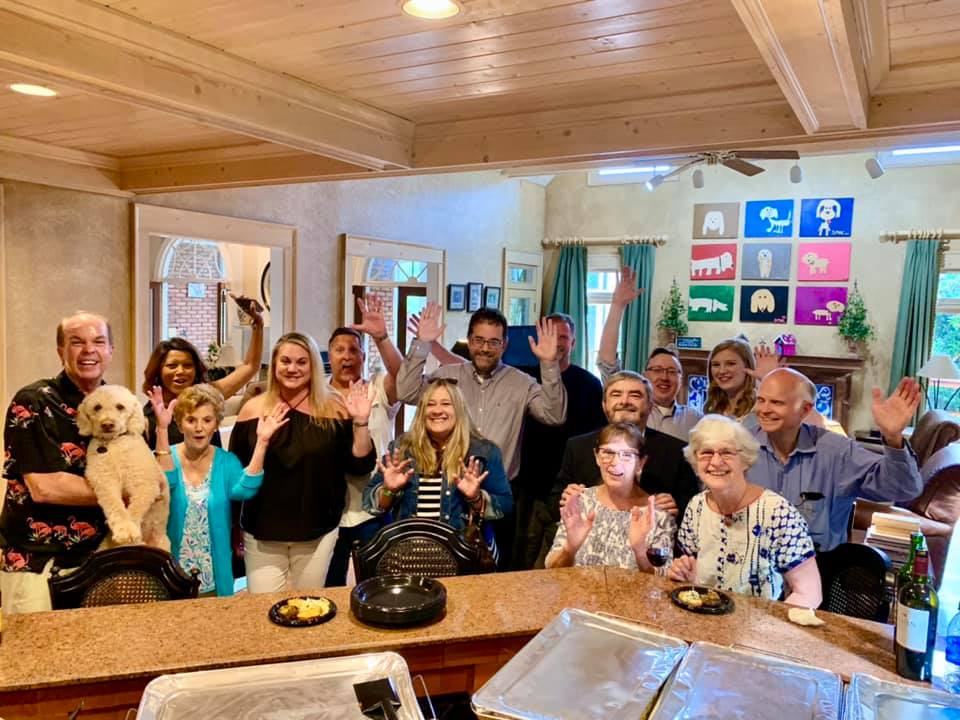 During the great depression when the whole nation was going through hard times, the business concept of the ‘leads club’ was formed. Louis Zinkow was a member of such a club in Louisville, Kentucky. When he was transferred to Birmingham, Alabama, as manager of Birmingham Linen Service, he founded a salesman’s club in that city. He later took a position with Atlanta Linen Service and, gathering about seventeen men that had like ethics and sense of commitment, started the Atlanta City Salesman’s Club in June of 1948. Louis Zinkow was the club’s first president, and the only president to hold two consecutive terms. The first treasurer was Oscar DeLozier, and the club’s original secretary was Tom McLain.

The Creed came to the club along with its author, Louis Zinkow. Tom McLain gave Red Caplan $5.00 for being the first member (in 1948) to recite the Creed from memory, and this practice continues today. Each new member still gets $5.00 when they first say the Creed from memory. In more than fifty years, the Creed has undergone just two minor revisions — both in the early 1980s with the inclusion of women members, changing the name to the Atlanta City Sales Club and eliminating all other gender references. When ACSC members say the creed, its not just from memory, its from the heart.

The first and only weekend trip the club ever took was a train trip in 1957, to visit the Birmingham City Salesman’s Club. The members’ spouses promptly put an end to such activities.

ACSC lunch meetings are held every Thursday to exchange leads, sharing business information and camaraderie. The first meetings were held at Camellia Gardens. Other locations have included the Squire Inn, Cross Creek Country Club, The Roundtable, the Ramada Inn, Dusty’s Barbeque, Travel Lodges on Spring Street and North Druid Hills, and the Ramada Plaza Hotel. The club holds an annual installation banquet, a holiday party, and a ‘Spring Fling’, along with various other social events during the year. The member who wins a weekly drawing has the additional good fortune of being ‘allowed’ to recite the Creed from memory the following week.

The highest dollar thank you to date was to Julien Hodgskin, who gave a lead to Nelson Valle that resulted in an $8 million sale. Tom Morrow’s Presidency (1980-81), has so far been the only time the club reached its statutory membership limit of fifty. There have been three pairs of father-son members: J.H. and Fred Vickers, Frank and Jerry Eaves, and Bobby and Rob Jobson.

The only wife and husband members are Bonnie and Steve Salamon. Ed Ashman was the first member to receive the Most Valuable Player Award in 1984, winning again in 1996-97. George Raburn is the only member to date to have received the award three times.

The ‘Joke of the Day’ started during J.D. Holmes’ presidency in 1991. The annual recognition for the best humorist became, affectionately, the Erv Roberts Award, as when Erv told a joke, he always laughed uproariously (and was usually the only one to do so.)

The Atlanta City Sales Club has a rich heritage, thanks to its founder, charter and current members, and all the other past members that have participated over the last fifty years. The club looks forward to the opportunities in the future, and it’s members will continue to honor, in both word and deed, the idea that,“the best way to help myself is by helping the other person first.”

The following are Past Presidents whose term of office is not known.

Lifetime Members are given this distinction because they most exemplify the meaning of our creed.